When visiting the homes of Kodai residents, chances are that you are bound to come across some signature pieces of ceramic crockery from The Potter’s Shed—generously large teapots (perched on tabletops like mother hens at roost) and shapely cups in pastoral colours serving steaming hot cups of tea, coffee or hot chocolate offered alongside tea-time delicacies on equally inviting ceramic plates.

Competitively priced (ranging from Rs 95 to around Rs 4000), they are ‘microwave-safe, oven-proof, and dishwasher-safe’, as per their marketing on Facebook.

The Potter’s Shed shop, which at one point was located further down the road opposite the Milk Union, had an attached café as well, at one point, and has always been a popular stop for visitors. But while the ceramics and the shop are familiar to the eyes of most locals and visitors strolling down PT Road, the remarkable story of its inception and its engagement with the town are not always as well-known.

Robert (Bob) Granner and Jayashree Kumar, teachers at Kodaikanal International School (KIS), shared an enthusiasm to help disadvantaged children. They were both trustees of an orphanage but wanted to do something more concrete. Watching a young village potter, K Subramaniam, at work one day, Bob was inspired to start a pottery.

Neither Bob nor Jayashree had any background in pottery or training potters, and so decided to contact Ray Meeker of the Golden Bridge Pottery in Pondicherry to ask him if they would train Subramaniam.

‘Ray Meeker thought it was a cracked idea,’ Jayashree shares, laughing. ‘They had only worked with studio potters previously.’ Bob’s enthusiasm seemed to have caught on, however, and Ray was convinced to take on the challenge. Whilst Bob sent money every month for Subramaniam’s upkeep, Ray did not take any money for his training, which happened over the course of the next four years.

‘We let the pottery lead us; neither Bob nor I have a head for business. Everything fell into place of its own accord,’ Jayashree says. The rest of the story is truly a testament to the organic and synchronous development of The Potter’s Shed.

Around the time that Subramaniam completed his training, a piece of land covering one side of a hill came up for sale. The Potter’s Shed bought half an acre, enough space to build a pottery as well as provide housing for the potters and their families. The remaining land for sale on the hillside was bought by friends and members of the trust Bob and Jayashree had created for their work.

Soon after, they met an architect, Paramvir Bedi, who designed the pottery. Although there was a lack of funds, the building of the pottery happened with the generosity of Brother James Kimptom, who sent his workers to construct the building, as well as with a loan from friends to pay for the materials. A KIS parent, Ashok Tirodkar, who is a professional engineer and had some free time whilst in Kodai, was able to supervise the building of the pottery. Ray Meeker came to Kodai to set up the pottery, generously donating the wheels and all the equipment, and to make sure that Subramaniam was comfortable at his new workstation.

With the addition of Subramaniam’s cousin S Selvaraj, the pottery was fully set up to begin work. However, The Potter’s Shed did not, at the time, have a space to showcase and sell its pieces. Another gesture of generosity presented itself when businessman and philanthropist JT Jayachandran offered a space he had in town, in the bazaar next to the State Bank, free of rent. So, The Potter’s Shed was born, with the goodwill and generosity of so many. For the next five years the shop continued to run without paying rent. As a result, they were able to donate their proceeds to an organisation that supports children with physical disabilities.

After five years it was decided that The Potter’s Shed had benefited from Jayachandran long enough and that it should move to another space on PT Road, close to its current location. The organisation that was supporting children with physical disabilities received a significant amount of funding from elsewhere and so no longer required support from The Potter’s Shed. It was at this point that the trust started supporting the education of disadvantaged children, an endeavour it has continued to date.

The Potter’s Shed Public Charitable Trust currently assists the education of about 100 children. ‘Once we take on a child, we support them until they finish school,’ Jayashree says. They also get the parents to promise that they will not withdraw their children from school during the course of their education. The trust covers 90% of the annual school tuition, as well as the cost of school bags and uniforms, a yearly medical check-up and the supply of recommended supplements suggested to improve their health. Proceeds from The Potter’s Shed, as well as donations to the education fund, help ensure this is possible.

Jayashree refers to herself as an ‘inept businesswoman’ and says that during the whole process, she and Bob did not follow any business model and yet found things falling into place.

Although friends doubted the success of their endeavour, The Potter’s Shed was born, and continues to run, despite challenges that have come its way.

Subramaniam, who has worked at the pottery for 32 years now, shared with The Kodai Chronicle that over the course of his career, he has experienced consistency and stability. ‘The Potter’s Shed provided housing for me and my family, schooling for my two children and a steady salary, even during the pandemic, when the shop was closed.’

For many inhabitants of Kodai, The Potter’s Shed is an integral part of life in our little town. Ann Peck, a former resident and artist, not only has a home in Kodai filled with the pottery, she even took the pieces with her to the US. Additionally, she was part of the design team for the first Potter’s Shed shop and helped shape their interiors. ‘I became good friends with the master potter, Subramaniam,’ she shared, “he and his father graciously participated in teaching my art students at KIS about making pottery, showing them the “kick wheel”, pit firing and kiln firing techniques, all the way to the finished product. We made many field trips to the Potter’s Shed site in Palangi. Their input added a whole new dimension to our art curriculum for all ages.’

‘I love the simplicity of Potter’s Shed’s products. There is so much potential, so much talent there,’ says Akhila Singh, a communications officer at KIS and a former journalist who moved to Kodai recently. ‘The Kodai community needs to pool in to support [this] business in every way possible.’

As a result of the pandemic and prolonged periods of closure last year, The Potter’s Shed, which employs two full-time potters, one part-time assistant and one salesperson, came close to running out of money to pay salaries and rent (although the latter was generously waived by the owners for two months). Jayashree, along with the help of a young friend, Prasanth Kakaraparthi, conducted a fundraiser, which helped tide them over.

‘Remaining closed for five months last year and more than a month this year, especially during the summer season when business is at its peak, has certainly affected us,’ says Reena Raghavamoorthy, who has worked at The Potter’s Shed shop for five years. ‘But the sales, once the lockdown lifted, have been encouraging. Fortunately, pottery is not a perishable item to be sold within a certain period,’ she adds.

The pandemic has certainly brought its challenges for The Potter’s Shed, as it has for so many Kodai businesses. This year, it is responding by developing an online store so that it can continue to make sales during lockdowns. Jayashree says that even when the online store is ready, they will not close their shop in town. Residents and visitors can continue to enjoy the glazed delights on offer. 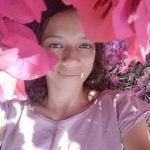 Karuna Jenkins is a holistic educator and trustee of the educational off-grid community Sholai School, 18 kms from Kodaikanal, where she spent her formative years. She divides her time between Bangalore and Yahnai Kaduh, a growing ecospace close to Ganeshnagar, near Kodai.

The Thistle in Our Hills