Hill station literature can be underestimated by readers and publishers—how do its writers contend with the marginality it sometimes imposes?

‘In the early ‘30s, when the missionaries were transporting Goodwill Bibles to Denkal in noisy coal-fuelled cars, another kind of goodwill had found its way up the ghat. Praise the Lord, the paper and viscose industries were discovering the wealth of raw material in the Palnis.’ One of my favourite books about Kodai is a lesser-known novel that does not name it but delightfully brings it to life.

Up the Ghat (1992)—featuring a fictitious town in the South Indian hills, much like Kodai but called Denkal—is not author Zai Whitaker’s most famous book (Andamans Boy and Kali and the Rat Snake often stake that claim). Years later, not enough people have read this portrait of a young woman contending with a dull marriage and life in the mountains as her righteous husband attempts to help a group of bonded labourers (drawing on the real-life story of Sri Lankan bonded labourers who lived at Kodai’s BL Shed). Wry, irreverent, and suffused with Whitaker’s trademark wit, it is full of long walks by the lake and a tangible sense of the slow pace of mountain life. There were few novels that showed us this world in the nineties. Thirty years later, we still do not read enough about hill stations.

Kodaikanal is located in one of India’s seven major mountain ranges, the Western Ghats, one of the four biodiversity hotspots recognised in India (out of 34 in the world) by the International Union for the Conservation of Nature (IUCN). Mountains like ours are sanctuaries that will shape how we deal with the fallout of climate change. Yet, the legacy of the hill station in Indian literature has been relatively quiet. Some of our best writers, from Irwin Allan Sealy to Anita Desai, have written major works from atop a mountain, but the city and our urban sprawl remain the focus of the publishing world’s attention.

It is not easy to escape the inner self at an elevated altitude. It has, in fact, become fashionable to find it in these settings. Perhaps, as a result, these works are the authors’ most striking. And while choosing to write from a height has sometimes cost writers readerly attention, it has also focussed and refined their writing in interesting ways.

Yet, while we remember the classics In Custody or The Village by the Sea (my two favourite Desais), not everyone has read Fire on the Mountain (1977), which presents a fierce vision worthy of the writer at her peak. Its three central characters—Nanda Kaul, young Raka, and Ila Das—form a bastion of female solitude. And this sanctuary extends to Desai herself; the novel shows us an elderly woman who has gone to live in the mountains and emphasises the refuge the mountains represent, particularly for outliers and for women, who may feel safer there.

‘I was just going to sit on my hilltop watching the woodpecker tap the deodar. Doing nothing. Going gently sideways.’ When I asked her to speak about writerly life in a hill station and how it had impacted her work, Ranikhet resident Anuradha Roy directed me to a piece she had written a decade ago. At the time, she had a book out and another in the works, worked at a small publishing house, and went for long, aimless walks, meeting locals who had no idea what she was doing yet imposed little judgement. A decade later, she has received international attention, with the critical acclaim of The Folded Earth and All the Lives We Never Lived, which is set in a fictionalised version of her town. Nothing much has changed, she tells me, regarding the nature of her life in the mountains.

Such is the life of a writer in a hill station, whispered about yet rarely understood. And this translates into their work in enjoyable ways.

When Irwin Allan Sealy—Mussoorie resident, Padma Shri, and veteran novelist—was shortlisted for the 1998 Booker Prize for The Everest Hotel: A Calendar, the mountains of the fictionalised Drummondganj came to global attention. The offbeat novel had an appeal akin to that of The Grand Budapest Hotel, universal yet quaint in its tale of a nun who arrives in a small town to attend to a band of misfits in the shadow of the Himalayas.

The book is well-known, while it was always compared to his more ambitious works. ‘Allan Sealy’s new work does not have the epic sweep of his debut novel [The] Trotter Nama…The explorer’s now hung up his boots and turned his gaze to a microcosmic world,’ said India Today.

But a return to the microcosm is a natural inclination for any writer who has made a break with the city. When it rains, it is indeed hard to do much else. Anjum Hasan immortalised a perpetually rainy ’90s Shillong in her refreshing literary debut Lunatic in My Head and became a favourite writer for young people who, after having grown up in urban India, were escaping to hills like the ones she described—their generation Z successors have now moved to places like Kodai. In the ’90s, these 20- and 30-somethings adored her quirky outsiders and eccentric locals. Her last few books have often returned to the hills, and even when they do not, the essence of marginality permeates the pages of Neti, Neti and The Cosmopolitans.

But the issues Hasan tackles are large, as is often the case in the most deceptively uneventful novels from the mountains. The issue of dkhars (what outsiders are called in Shillong) and natives, for example, is a serious socio-political matter.

‘Can Shillong become an island where people of only one race live, study and work and, at the same time, a city connected to that placeless thing called globalization?’ Hasan wrote in her piece ‘I Love This Dirty Town’ (Granta, 2013). Hill stations have rarely been afforded this kind of journalistic consideration (one of the reasons we started this publication), outside of the occasional correspondent who helicopters in from the plains. But Hasan is now writing a book about her hometown in the hills.

These writers may be seen to be navigating familiar terrain, where someone as popular as Ruskin Bond had gone before them, shining the way—but this is still the less-travelled path when it comes to mainstream publishing.

Perhaps the appeal of the books they have crafted in these parts of the world extends to the purest, laziest part of a writer, that place of stillness which does not respond to commercial appeal: that face we don’t always want to show the world but that inevitably makes itself known when we are open to the liminal. It finds its takers and it, too, deserves serious literary and commercial consideration and its rightful place in the sun.

Note: The Kodai Chronicle invites all leads for a proposed 2022 literature and arts festival in Kodaikanal, celebrating our town and reaching out to other conversations and mountains. (Please email managingeditor@thekodaichronicle.com with details.) 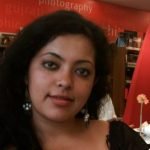 Rajni George is founding editor and acting editor-in-chief of The Kodai Chronicle. She has worked at Penguin Random House, Granta and The Caravan. Her work has been published in The New Internationalist, The New York Times, and Mint Lounge. She works remotely in climate change adaptation, and lives on St Mary's Road.

For Love and Monet

Dispatch from the Kodai Toll Plaza