Growing up in Pallangi village 40 years ago, ten-year-old Atham Malik would scurry to the grocery shop near his house with a garlic pod in hand. At the store, he would trade the pod for candy with the shopkeeper, returning home with a sweet treat clutched in his palms. It wasn’t just him. Kids growing up in villages such as Poombarai, Poondi, Kavunji and Kilavarai, where hill garlic was extensively cultivated, would often barter their produce for rice and other staples. ‘A quarter kilo of hill garlic could be exchanged for a kilo of rice in the early 1980s,’remembers Malik, now aged 49 and a full-time farmer.

Hill garlic is commonplace to families like the Maliks, who have been cultivating the crop for more than 40 years, but it is relatively unknown outside the Palani Hills and Tamil Nadu. Unique to the landscape of this region, this pungent varietal of garlic is distinguished by its potent antimicrobial and antioxidant properties, ‘which areattributed to the presence of higher amount of organosulfur compounds, phenols and flavonoids compared to other garlic varieties,’ according to an article in the Times of India.

As of 2019, Kodaikanal malai poondu, as it is officially called, has earned itself a GI (Geographical Indication) tag, meaning it has been recognised as an agricultural product unique to the Kodaikanal region. (Other products from India that have a GI tag include Nilgiritea, Mysore sandalwood and Araku Valley coffee.) The recognition is thanks to the efforts of A Usha Raja Nandhini, the head of the Department of Biotechnology at Mother Teresa Women’s University in Kodaikanal, who believes that the local soil, altitude, rainfall and humidity makehill garlic truly special.

The health benefits of hill garlic are plentiful, especially medicinally. Locally, a concoction of hill garlic, karupatti (palm jaggery), pepper and sukku (dried ginger) sautéed in sesame oil, is believed to clear the stomach of its impurities and purify the blood if taken in small quantities for three days. It is also given to mothers who have recently delivered a baby.

Malik warms sesame oil with two cloves of garlic and black pepper, and then uses the blend for an oil bath every week. ‘My grandfather, father and I have all used this oil, followed by a wash with shikakai to improve blood circulation and hair growth,’ he says. ‘Today, kids would baulk at the smell. However, when shampoos with extracts of small onion are marketed as good for hair growth, one buys it readily.’

Walk through Bazaar Road in Kodaikanal town or down the crowded Anna Salai Road, and you’ll see men and women with mounds of hill garlic for sale. Among these sellers is P Sankaramma, from Vilpatti village. Sankaramma, positioned opposite the bus station in Kodaikanal, has been selling garlic for 20 years, and has customers from Chennai, Coimbatore, Madurai, Pondicherry and Trichy. She averages about 5–10 kilos of garlic sales daily, though she has sold as much as 30 kilos in a single day. According to her, the price of garlic varies with quality.

‘The garlic that grows underground for five months and is smoked for three months can be sold within the next six months. The price can go up to Rs 400 per kilo,’ she says. ‘The garlic that grows for three months must be sold within a month due to the shorter shelf life.’ Depending upon the size of the pod, the garlic is segregated into three categories: big, small and pallupoondu (tiny garlic pods). Then, there is the single clove variety of hill garlic that resembles a small onion in shape but is off-white in colour. ‘Some customers carry pods of garlic in their pocket, believing that the Coronavirus will not attack them,’ says Sankaramma.

Garlic farmers in the Kodaikanal region usually sell their produce to the garlic market in Vadugapatti, a small town located in the foothills, near Periyakulam. Until 20 years ago, Malik says, traders from Vadugapatti would bring rice and karupatti to barter for hill garlic.

The wholesale garlic market in Vadugapatti operates twice a week, on Thursdays and Sundays, when garlic is auctioned to traders. Garlic from Rajasthan, Madhya Pradesh, Uttar Pradesh—even as far as China—are bought and sold here, based on their size and quality. The hill garlic from Kodaikanal is graded the highest, followed by garlic grown in the Nilgiris.

Hill garlic is grown only in the villages scattered across the Palani Hills, where it is harvested four months after it is sown. Following this, it is generally hung above a wood-fired stove for a couple of months to prolong its shelf life. ‘You can smell a whiff of smoke when you hold it close,’ says Malik.

The smoking process has its own intricacies. ‘The garlic has to be smoked for six months using firewood from a single species of trees,’ Malik says. ‘If wood from a eucalyptus tree is being used, then it must be firewood from a eucalyptus tree throughout the six-month smoking process. Then, it can be stored for up to three years. The garlic that you get these days lasts for a maximum of one year because firewood from different kinds of trees is used during the smoking process.’ He rues, ‘Trade used to be healthy. Today, garlic is dipped in a solution of tea dust to give an earthy appearance and sold as hill garlic,’ he rues.

Despite the medicinal benefits of malaipoondu, farmers and sellers have stiff competition from Chinese and Singaporean varieties of garlic,sold for Rs 150 per kilo. ‘Customers do not look at the specific benefits of hill garlic,’ laments Malik, who is of the opinion that even the GI tag has not brought hill garlic much market value. ‘Only when a kilo of hill garlic sells for more than Rs 450 is it a good margin.’

According to him, neither fertiliser nor pesticide is used to cultivate this crop. Twenty days after sowing garlic, once the shoots appear, they are watered with a dilution of fresh dung. In case there are insect attacks, cow dung and urine are mixed and sprayed on the shoots.

‘When I travelled to China, I saw lightly boiled garlic eaten the way we eat peanuts,’ Malik says, ‘to remove bad cholesterol from the body. When a doctor prescribes medicine, we take it even if it smells. We listen to the doctor. But we refuse to listen to our grandfathers.’ 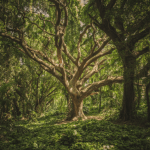 Reena Raghavamoorthy completed her post-graduate degree in media and communication. She has worked for B2B publications in Dubai, and currently works for The Potter's Shed in Kodaikanal. She lives in Attuvampatti.

Down and Out with Ms Perumalmalai—the Mahesh Rao edition