In my mid-20s, when I decided to embark on reading German writer Thomas Mann’s novel, The Magic Mountain (1924), a friend advised me to literally move to the mountains for some time. ‘It’s a novel that’s best enjoyed in that state of light- headedness you feel when you are high up in an actual mountain,’ he said.

Living in Kolkata at the time, my nearest options were the hills of North Bengal. But in the end, I read the novel stewing in the humid city, over two long months, against the clamour of traffic, instead of the soothing sounds of nature.

Yet, the magic of Mann’s mountain was such that even in the crummy plains, I could sense the loftiness of his imagination, the sublime gravitas of his prose. To see the world through Mann’s eyes was like being filled with a rarefied sense of elegance, as though I was standing on the edge of a cliff and looking down at the plains below.

Mann’s story, which unfolds over nearly 800 pages, is set in a sanatorium in Davos, in the Swiss Alps, modelled after an actual establishment where his wife went to recover from a lung disease. The protagonist of The Magic Mountain is a young man called Hans Castorp, who is visiting a cousin suffering from tuberculosis. As Hans steps inside the microcosm of the sanatorium, away from the bustle of his city life, he begins to lose his familiar bearings. Days turn into weeks, as he explores the surrounding landscape, having deep epiphanies and meeting a host of characters, each of whom has a unique view on life, art, politics and the future of Europe, which is still a decade away from World War II.

When the time comes for Hans to return to the flatlands, he develops a fever, diagnosed by the resident physicians as the onset of consumption. He prolongs his stays at the sanatorium for treatment, and by the time he leaves, seven years have passed. The Great War is about to bring down the Old Order, and Hans Castorp is a changed man, having known the death of loved ones and the love of a very special woman.

True to its name, The Magic Mountain casts a spell, as much over Hans, as over the readers. The cold winds, the tragic vision of life, and the heavy tread of time all propel us into a state of limbo. Instead of the urgency of daily life, we feel overcome with indolence, drunk on the meandering conversations among the characters that run on without end.

Many years later, while on holiday in a hilly resort outside Kathmandu, I remember feeling a similar frisson of exhilaration, a sudden awareness of being dwarfed by towering cliffs and rocky gorges.

Despite its long digressions, or maybe because of them, The Magic Mountain remains one of the most hypnotic books I have read. Like a real mountain, it is a world unto itself. And it lets only the lucky few in. It’s a book I’d love to re-read when I’m up in the mountains next. 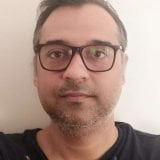 Somak Ghoshal is a writer who is interested in the arts, books, social justice, and LGBTQ lives. Since 2005, he has written for publications including The Telegraph, Mint, HuffPost India, and Biblio. He is the author of two books for young readers